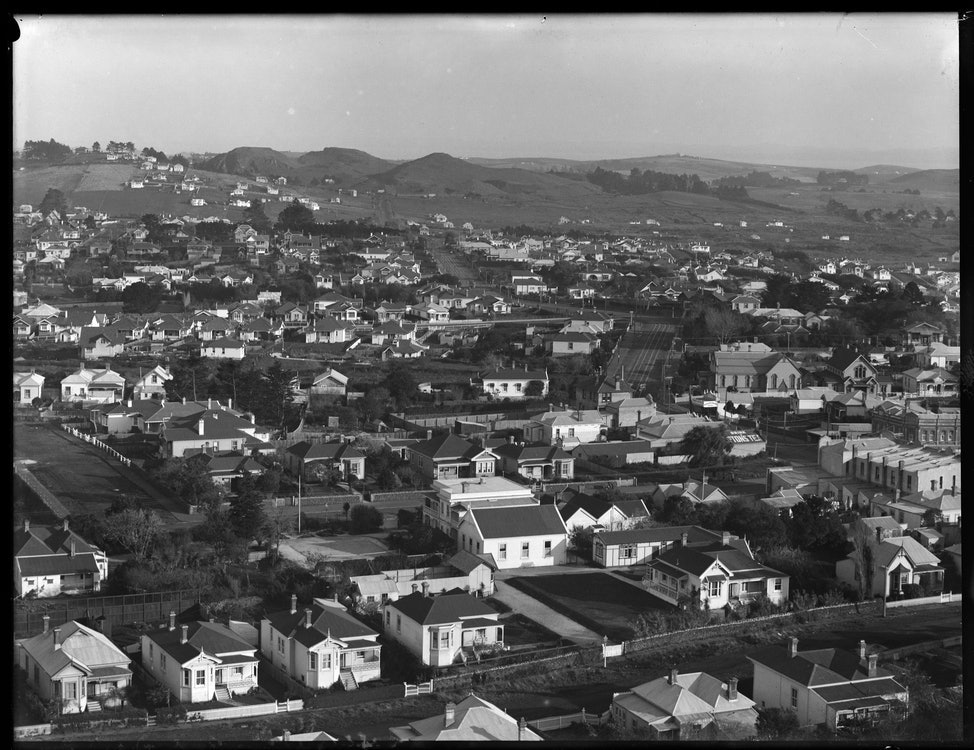 The Three Kings Heritage Trail was created by Puketāpapa Local Board to recognise local sites of heritage and cultural signiﬁcance, and to provide accessible information to the public on the area’s fascinating history.

Three Kings, which was formerly part of the Mt Roskill borough, is rich in Māori and European history. There are many signiﬁcant places, people and activities that have contributed to its unique heritage. The trail encompasses natural landmarks such as Te Te Tātua-a-Riukiuta (Three Kings) and the nearby tuff ring, Arthur S. Richards Memorial Park and St Andrews Reserve. A number of other heritage sites and buildings also feature on the trail, and help to paint a picture of the area’s distinct history, in particular its development from a semi-rural district to a thriving, populated suburban area during the early 20th century.

The map at the end shows a suggested route for exploring the trail on foot. This route can be walked in about 2-2.5 hours, or you can visit any one of the sites of signiﬁcance at any time, at your own pace.