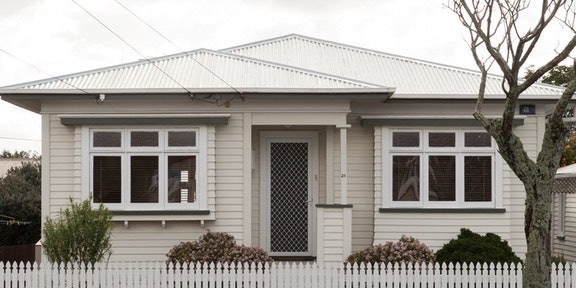 This walking tour showcases the high concentration of bungalows built in Point Chevalier in the1920s and 1930s.

Point Chevalier had been slow to develop in the early years, but it finally began to blossom during the interwar period. Point Chevalier amalgamated into Auckland City in 1921, but a 1924 map shows only about half of the point had been subdivided. Descriptions of each street from 1937 indicate that most streets had been formed and lined with bungalows by this time.